Can Alpha-blockers Cause Erectile Dysfunction? 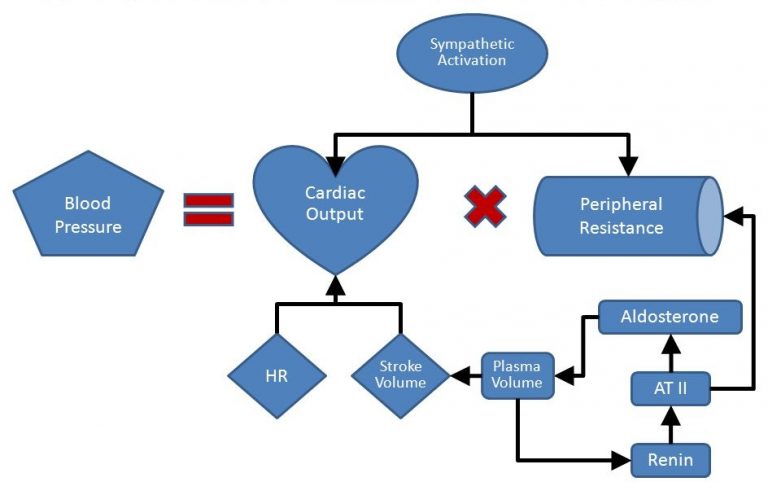 The mechanism of alpha blockers

Alpha blockers are a class of drugs that regulate the pressure in the arteries of the body. Their main mechanism of action is to limit the action of alpha adrenergic receptors (adrenaline receptors and noradrenaline), hence their name alpha-blockers. These treatments are used to treat high blood pressure or adenoma of the prostate, depending on the class to which they belong (alpha 1 blockers, to treat prostatic hypertrophy). Indeed, there are several types of alpha receptors.

Alpha blockers may be non-selective, but those are of little medical use because they have unwanted side effects for clinical situations in which they are used. They act on the level of blood vessels producing vasodilation, and can then be used to treat hypertension.

Aloalchilammine and hydrogenated ergot are derivatives are non-selective alpha blockers. Prazosin, terazosin and trimazosin are selective alpha1 blockers and act only on blood vessels. Non-selective blockers block both postsynaptic and presynaptic receptors that reduce the release of the mediator. A vessel level is not important, but it has an effect of postsynaptic receptors level of beta type, such as those fund in the heart. The use of non-selective alpha blockers causes tachycardia due  to baroreceptors and increase the release of beta mediator, which acts on the heart.

A selective alpha1 drug does not cause an increase in the liberation of the mediator, it in fact consolidates the inhibitor mechanism because, having blocked the alpha1 receptor, the mediator acts primarily on alpha2. In this case tachycardia is attenuated.

A selective alpha2 blocker drug, Yohimbine acts as a sympathomimetic, but does not have clinical uses; it was used for Impotence treatment before the development of the drugs currently on the market. It is still used in the clinic for selecting of alpha2 receptors.

Alpha blockers and phenoxybenzamine (regitin) have a diagnostic role in pheochromocytoma, hypertensive disease, hyperplasia of the adrenal medulla. The adrenaline medullary is circulated in an uncontrolled manner by increasing the heart pressure, even if it is pulsatory and not constant.

Alpha blockers are also used for an enlarged prostate. Subjects suffering from this disease can take alpha blockers, but since they foster hypotension, a different type of drugs was developed for prostate conditions.

Tramsulosin is an alpha1 blocker of a selective subtype used for prostate treatment (alpha1D) without giving any side effects on blood pressure.

Effects on blood vessels and erection

Adverse effects that takers of alpha-1-blockers report are: light-headedness, headache, weakness, lowering of blood pressure below normal, rheumy nose and sexual dysfunction. Sexual troubles are more concretely linked to changes in ejaculation (retrograde ejaculation or decreased amount of ejaculate). However, the likelihood of causing abnormal ejaculation is different for different drugs within the group.

In controlled clinical studies, the number of patients receiving treatment with tamsulosin alpha-1A selective blocker with manifested side events that include changed ejaculation, were reported between 4% and 26%, depending on the dose and duration of study.

Patients receiving treatment with alpha blockers for low urinary tract conditions tend to report general dissatisfaction with the quality of their sexual life. The range of disorders includes decrease in activity level and libido, as well as developing erectile difficulty. In this connection, it is a norm for patients taking alpha blockers to seek medical help for sexual disorders.

We know that high blood pressure is bad for the heart and the vessels, we know less about its impact on the sex life. Hypertension is a proven risk factor for sexual disorders. Disorders that have a serious impact on the quality of life and sometimes on the adherence to hypertension treatment, when this is involved.

The diagnosis of hypertension is made when the systolic pressure (the first digit measured by the physician) is greater than 140 mm of mercury or the diastolic voltage, the second digit, is greater than 90 mm, commonly abbreviated in 14/9. Doctors should systematically inquire about the sexuality of hypertensive patients. Because men with high blood pressure are at risk of suffering from erectile dysfunction, two to six times higher than men with normal blood pressure.

This erectile dysfunction is often associated with decreased libido, orgasm or ejaculation disorder. The woman is confronted with disorders of desire, sexual arousal with vaginal dryness, or an orgasm disorder, an insufficiently erectile clitoris, pain during intercourse.

The psychological component also comes into play: it is difficult to always want to make love when the relationship goes wrong. Then sets up a vicious circle between the body that does not want to function and the mind that cares. Another factor influencing sexual life is the occurrence of a cardiovascular event, such as an infarction or stroke (which is favored by hypertension). Fatigue, fear of dying, depression, excessive mothering of the spouse, then have a negative impact on libido.

Sexual activity, with the usual partner, corresponds on average to a moderate effort. It would result in an increase of 10 to 20 mm of mercury in the healthy subject, which would be equivalent to the rise of two stages at a good rate. But the effect would be much greater in hypertensive patients.

Sexual activity is therefore contraindicated in cases of poorly controlled hypertension because the risk of a cardiac event is ten times higher than in healthy persons. In the latter case, it is estimated to be one accident for one million reports.

Hypertension alters the arteries including those of the penis. It promotes the development of atherosclerosis: vaso-contraction, lipid deposits, aggregation of platelets and leukocytes decrease the caliber of the arteries and thus the irrigation of the genitals. Endothelial cells (the layer of cells in contact with blood) are depleted and produce less nitric oxide, a substance that plays an important role in erection, causing a relaxation of the muscular fibers of the corpora cavernosa.

The mechanism is well recognized in man and more than likely in women. The genitals are worse irrigated, which reduces the sensitivity and lubrication of the mucous membranes. Although feminine sexuality remains less studied than its male counterparts, the relationship between female sexual disorders and cardiovascular risk factors is very real.

Seven million hypertensive patients would be on antihypertensive therapy, which can have devastating side effects on sexuality.

The dose and the time from which the treatment is taken have a negative influence, as does the nocebo effect and the reading of the package leaflet. But there is great variability between patients: sexual side effects are far from systematic.

Fortunately, other drugs that regulate blood pressure have no effect on sexuality and are favored by cardiologists when possible.

Sexual fulfilment, this ‘state of physical, emotional, mental and social well-being’, according to WHO, is an important component of quality of life. Its alteration is likely to result in lower self-esteem, depression and conjugal problems. The management of sexual disorders related to hypertension or its treatment is therefore essential for the quality of life of the patient.

Sexual activity is well codified by the Princeton III conference, it is:

The prescription of phosphodiesterase 5 inhibitors, such as sildenafil, improves erection (caution is contraindicated in patients taking concomitant nitrates because of the risk of major hypotension and alpha blockers, a family of drugs prescribed in hypertension). Unfortunately, women do not (yet) receive treatment for their sexual disorders.

When hypertension medications are involved, the physician, who has been told about his or her sexual disorders, will change the dose or change the medication if possible. Under no circumstances should the patient stop treatment on his or her own initiative.

Prevention and side effect alleviation

Acting on her lifestyle is still the healthiest way to take care of one’s erectile capacity. Eating in a balanced way, without too much fat, practicing regular physical activity, losing weight if one is overweight, stopping smoking, are simple but effective ways. These measures are effective on both cardiovascular risk and erectile dysfunction.

Improvement in erection is sometimes enough to boost libido, sometimes due to erectile dysfunction: by not wanting to make love, one does not take the risk of being confronted with the softness of his penis. And the lack of pleasure taken in the lovemaking can make a patient withdrawn and unwilling to engage in sexual activity in future.

Talking about one’s sexual problems to her doctor is the best advice that can be given to a patient suffering from hypertension. A man gets reassured, informed and helped.